A family continues son’s legacy by giving to Southlake

Dino “Valentino” Raponi was someone willing to help anyone. He valued his family and took pride in being an older brother to Christopher and Anthony. His mother, Onesima, jokes his brothers would sometimes listen to Dino more than to her and husband, Tony. He enjoyed golfing and dirt biking. Onesima says, “He enjoyed always doing the things that make a mom hold her breath.” As with all her boys, Dino was part of the family-owned drywall business, Rapcon. Onesima remembers her home filled with music. Her boys inherited these gifts from her husband, to whom she was married for forty-four years. She reflects that Dino was attentive, kind, and slightly shy like his father.

Dino died at only 29 years old, in a car accident in January 2007. Although crushed, his family decided to do something to continue his legacy. This turned out to be a golf tournament, held on June 30, Dino’s birthday. 200 family and friends participated in the very first one. They continued this tradition annually and decided to donate to several charities for several years. But then Onesima’s husband Tony developed a type of lymphoma in 2009. So they thought it was fitting instead to donate to Southlake’s Stronach Regional Cancer Centre, where he was receiving treatment.

“All the nurses and doctors at Southlake were excellent,” says Onesima. “From the time we walked through the doors at the cancer centre to when he completed treatment, we were taken care of – and they gave Tony ten years of remission.”

This time together was a gift, and they spent their time travelling. Tony and Onesima spent March Breaks with their kids and grandchildren each year. But unfortunately, Tony’s cancer returned, this time in his lungs. He had part of his lung removed, and he was stable enough to travel. Then, around 2020, Tony and Onesima were returning from a Caribbean cruise when his health took a turn for the worse. He later died in hospital.

Grief is a process that comes in waves for Onesima, but she is focusing on her family. She continues the tradition of March Break vacations with her kids and three granddaughters. This past year, they went to Jamaica. It provided her some time to reflect and heal with her family.

Tony was a real driving force of Dino’s fundraiser; despite his cancer diagnosis, “he wasn’t going to let himself get down,” says Onesima., “And that was just the type of person he was. He always says, out of any bad situation, something good always comes out of it.”

In 2021, Onesima and her family ran an online fundraiser in memory of Dino and Tony. This year, the fundraiser will be back in person to continue their legacy and support Stronach Regional Cancer Centre. Onesima feels, “blessed to be fundraising for Southlake.”

She encourages anyone thinking about doing a fundraising event to “never be shy to ask for a donation she knows this is what Tony would want because he always said, ‘Help somebody else going through what you’re going through, that’s the best thing to do.’” 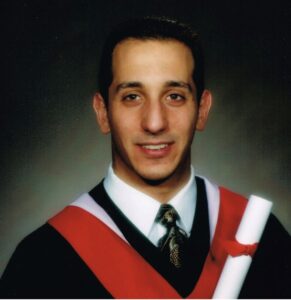 RT @SouthlakeCEO: Congratulations @SylviaJonesMPP, Ontario’s new Deputy Premier and Minister of Health. All of us ...

It's crucial to ensure Indigenous Peoples are provided with equitable support, access to care and ...