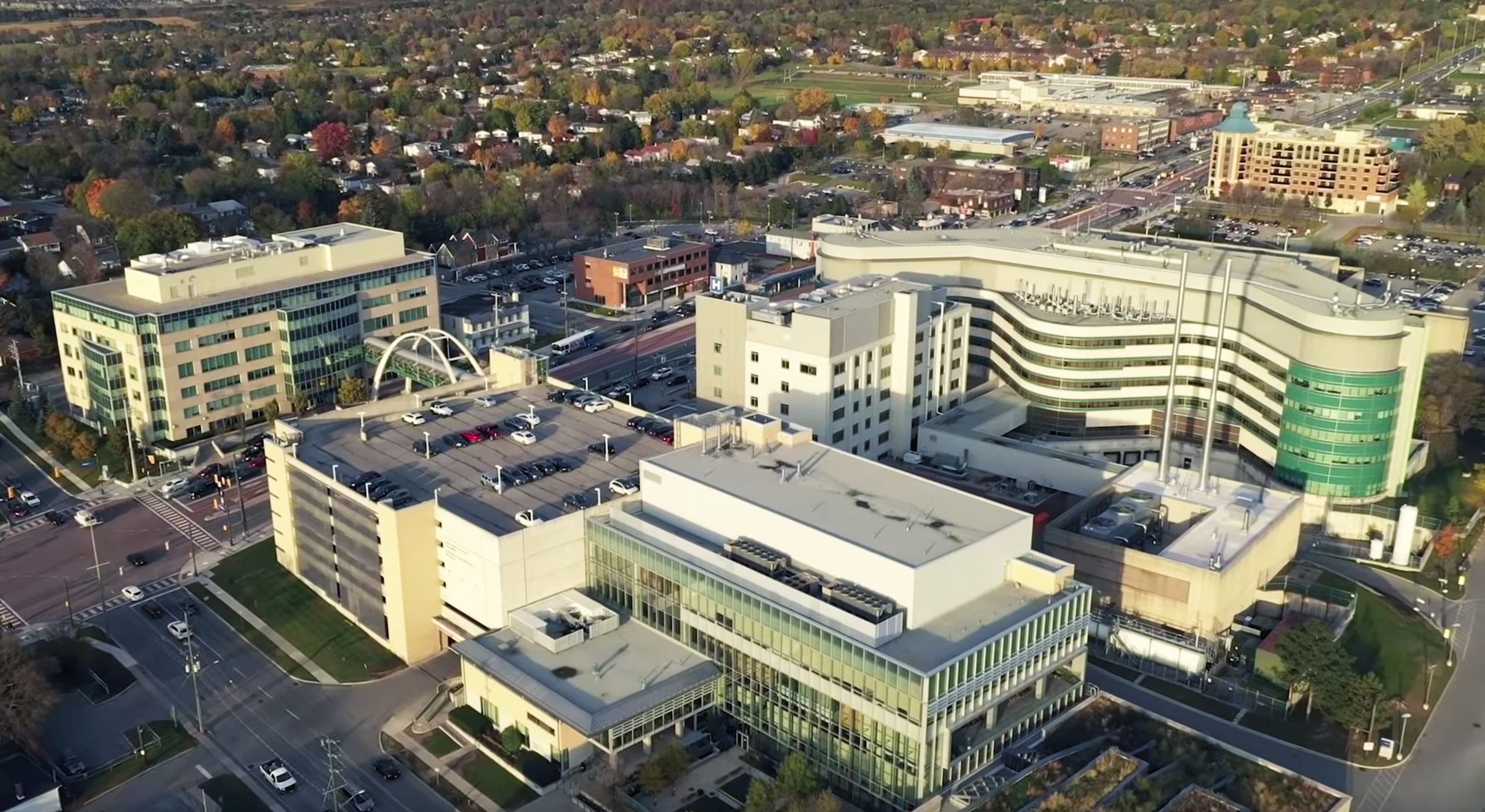 Arden Krystal is the President and CEO of Southlake Regional Health Centre in Newmarket, Ontario. Southlake serves a population of almost 1.5 million people in York Region and Simcoe county, with regional cancer and cardiac programs and a full slate of services from surgery to mental health to children’s and women’s care.

Prior to her arrival at Southlake, Arden held senior executive operations roles at two of the largest health authorities in British Columbia – the Fraser Health Authority and the Provincial Health Services Authority, with responsibilities spanning the full continuum of care, including public health, acute community, tertiary and quaternary research and academic organizations. Her portfolios also included responsibility for non-clinical services, such as quality, risk and human resources; and she has overseen, as clinical executive sponsor, major public-private partnership (P3) capital projects in the hospital sector.

Arden started her career as a registered nurse in medical and surgical oncology. She has a Bachelor of Science degree in nursing (hon) and a Master of Health Administration, both from the University of British Columbia, and completed the Managing Health Delivery certificate program at Harvard University.

Barb is a Registered Nurse who holds a Master of Health Studies from Athabasca University and has a Certified Health Executive certification with the Canadian College of Health Leaders. She has completed the Advanced Healthcare Leadership Program at the Rotman School of Management, University of Toronto. She is a values based leader whose accomplishments focus on innovative approaches to patient centred care, patient experience and quality.

Dr. Beatty joined Southlake in 1987 as a full-time Plastic Surgeon in the Department of Surgery. Since then, he has held a number of administrative positions including: Chief of Surgery, member of the Medical Staff Executive, Physician Leader for the Musculoskeletal (MSK) Program, Head of the Division of Plastic Surgery, and in 2011 was appointed Physician Leader for the Surgical Program. Dr. Beatty is also an active member of the Medical Advisory Committee.

Dr. Beatty completed his Doctor of Medicine and his Plastic Surgery Residency at the University of Toronto and a one-year Fellowship in Hand and Peripheral Nerve Surgery at Sunnybrook Health Sciences Centre and St. Michael’s Hospital.

Annette graduated from the University of Toronto in 1984 with a Bachelor of Science in Nursing, and in 1988 with a Master of Science in Nursing. She tirelessly pursued her nursing qualifications during the ensuing seven years and became an acute care nurse practitioner in 1995. In 2003, she obtained a diploma in Health Care Administration from the Ontario Hospital Association; in 2004, she completed the Dorothy Wylie Nursing Leadership Institute Program; and in 2011, she completed the Rotman’s School of Business Advanced Health Care Leadership Program.

Soon after obtaining her B.Sc. in Nursing, Annette started work as a registered nurse at the Bob Rumball Centre for the Deaf (1984–1986); Scarborough Centenary Hospital (1987–1988); and Hugh Macmillan Rehabilitation Centre (1988–1990). Annette’s tenure at Southlake dates back to July 1990 when she joined the Hospital as Manager, Adult Mental Health/Clinical Nurse Specialist. In 2002, she was assigned the role of Acting Director of Mental Health until 2003 when she was appointed Director of Mental Health and Maternal Child. In 2005, Annette’s responsibilities were expanded with her appointment as Chief of Nursing and Professional Practice, and in 2007, she was made Vice President, Specialty Programs.

Annette has served as a Board Member for York Support Services Network since 2007. She is also a member of the Registered Nurses Association of Ontario.

From December 2011 to 2015,  Annette held dual roles as both a VP at Southlake and the President and CEO of Stevenson Memorial Hospital in Alliston working in partnership with the physicians, hospital staff, and volunteers to oversee the strategic, operational planning, and leadership of the Hospital.

Annette received her Masters of Science in Nursing in 1988; Acute Care Nurse Practitioner in 1995, both from the University of Toronto; a Diploma in Health Care Administration, from the Ontario Hospital Association in 2003; and completed the Dorothy Wylie Nursing Leadership Institute Program in 2004.Annette has served as a Board Member, for York Support Services Network, since March of 2007.

Rob Bull joined Southlake in June 2014 and is accountable for the hospital’s finance, technology, innovation and procurement portfolios. During his time at Southlake Rob has led the hospital’s strategy for working capital improvement, partnered with two other hospitals to create the “SHINE” tri-hospital health information system cluster, and helped to establish Southlake as a national leader in innovation and value-based procurement.

Rob has 20 years of experience delivering diverse and complex financial advisory, assurance, and risk management services to the public sector. Rob has held progressively senior roles in the Government of the United Kingdom, PricewaterhouseCoopers (UK and Canada) and the Ontario health system.

Rob is a proven systems leader with a high commitment to supporting hospital operations through strategic and innovative partnerships. In addition to his role at Southlake, Rob sits on several Ministry of Health and Ontario Hospital Association advisory committees and is a sought-after speaker and advisor on topics as diverse as health system funding reform, value-based procurement and digital health initiatives.

Rick Gowrie joined Southlake on July 16, 2018 where his responsibilities include capital development, facilities, as well as business development.

Prior to his arrival at Southlake, Rick served as Vice President, Planning and Development at Scarborough and Rouge Valley Hospital (SRVH). Prior to the amalgamation with the Scarborough Hospital, Rick served as Vice President, Planning, Capital Redevelopment and Facilities at the Rouge Valley Health System, with responsibility for capital planning and redevelopment, facilities maintenance and a range of support services.

Rick led master plan development and a range of capital projects over his 13-year tenure at SRVH.

As a long-time Aurora resident, and with an educational background in urban planning, Rick delivers an amazing range of experience and skills, as well as a deep commitment to Southlake.

Chris has a broad suite of human resources expertise, including labour relations, pay equity, recruitment and retention, legal compliance, compensation administration, and mediation.
Prior to to joining Southlake Chris held the position of Chief Human Resources Officer and Senior Director at Orillia Soldiers’ Memorial Hospital and Vice President of Human Resources at Sun Country Health Region in Weyburn, Saskatchewan, where he was responsible for all aspects of the Human Resources portfolio, including labour relations, occupational health and safety, compensation and benefits, recruitment, payroll, and scheduling across 28 healthcare facilities.
Chris holds the Certified Human Resources Executive designation (CHRE), the highest designation for a Human Resources professional, a Master of Arts in Work and Society and a Bachelor of Arts (Honours) in Labour Studies and Sociology.
He is a part-time professor in business and management, teaching at Georgian College in Barrie.

Tyler joined Southlake in April 2018. Prior to Southlake, Tyler was Director, Strategy and Optimization at SickKids. He has also served as Senior Manager, Quality and Performance at Mount Sinai Hospital and in a number of roles at the Ontario Ministry of Health.

He has an undergraduate degree in economics from McMaster University and did his masters at the London School of Economics in the UK. He has contributed to published research on the impact of hospital funding reform in Ontario and has spoken at national and international conferences on data-driven outcomes improvement, healthcare strategy, and the shift to value-based care.

ICYMI effective today Southlake is implementing additional visiting guidelines to decrease the risk of the ...

The Adult Inpatient Mental Health Unit is chronically overcrowded. Many of our double rooms are ...

.Julie Anne arrived at the hospital with flu-like symptoms. Within two hours she could barely ...