On Thursday, August 26, the Stanley Cup made its way to Southlake, where a group of paediatric patients and their families had a chance to meet the cup in person with Aurora native and NHL Champion Barclay Goodrow, who just finished helping the Tampa Bay Lightning win consecutive Stanley Cups. The once-in-a-lifetime event took place in the Pediatric Oncology Group of Ontario (POGO) satellite clinic in Southlake’s Stronach Regional Cancer Centre.

A group of young patients and hockey fans were in attendance with their hockey sticks and wearing their jerseys ready to meet Barclay and the cup.

“I’ve never been to the Hall of Fame before and I didn’t think I would get a chance to ever see the Stanley Cup,” said Alex, a young patient of the POGO clinic. “It’s a big surprise.”

The Stanley Cup is on a tour across North America and Europe as it spends a full day with every player and coach on the Tampa Bay Lightning. Goodrow was able to bring the cup to Southlake for a quick visit before an outdoor event at Machell Park in Aurora.

“I know how hard of a time it’s been over the last 18 months, for patients and also healthcare workers,” said Barclay. “My sister works at the hospital in Barrie, and I’ve heard from her how hard it’s been for everyone so I thought I would bring the cup to meet the kids here and hopefully see some smiles and cheer people up.”

“This is a really exciting event for our patients and staff, and we are so appreciative that Barclay thought to bring the cup here,” said Barbara Steed, Executive Vice President, Clinical Services at Southlake and Regional VP of the Cancer Program. “It’s been a tough year for everyone and to be able to provide this opportunity for our paediatric patients and their families and seeing the smiles on their faces showing how much it brightened their day is amazing.” 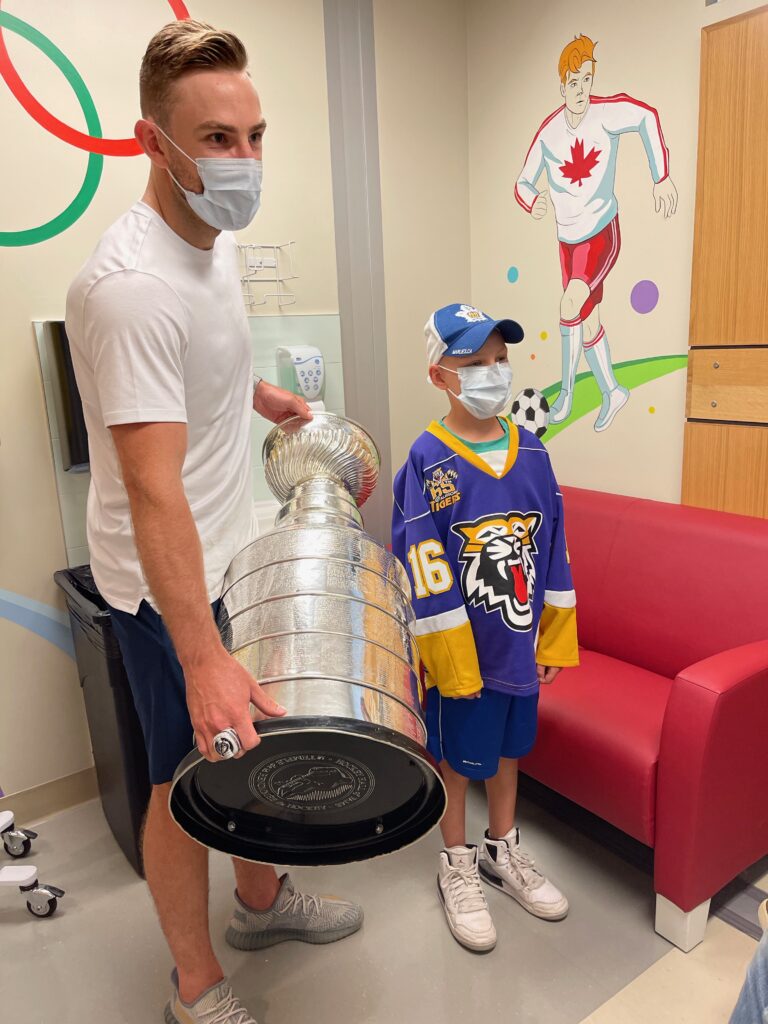 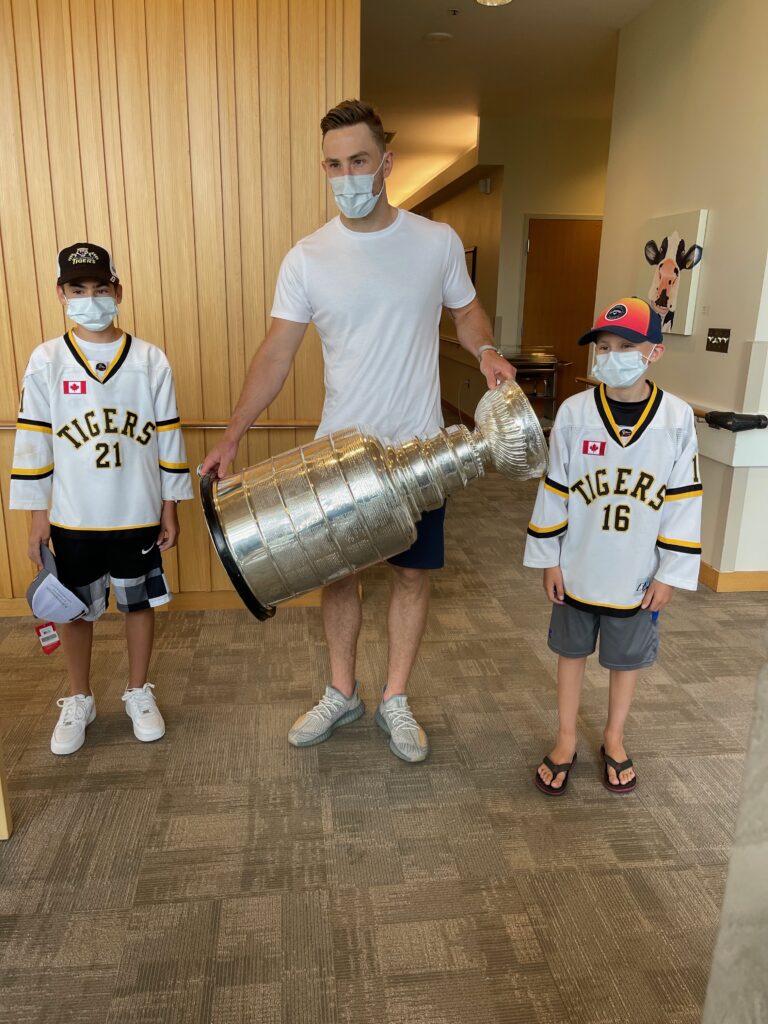 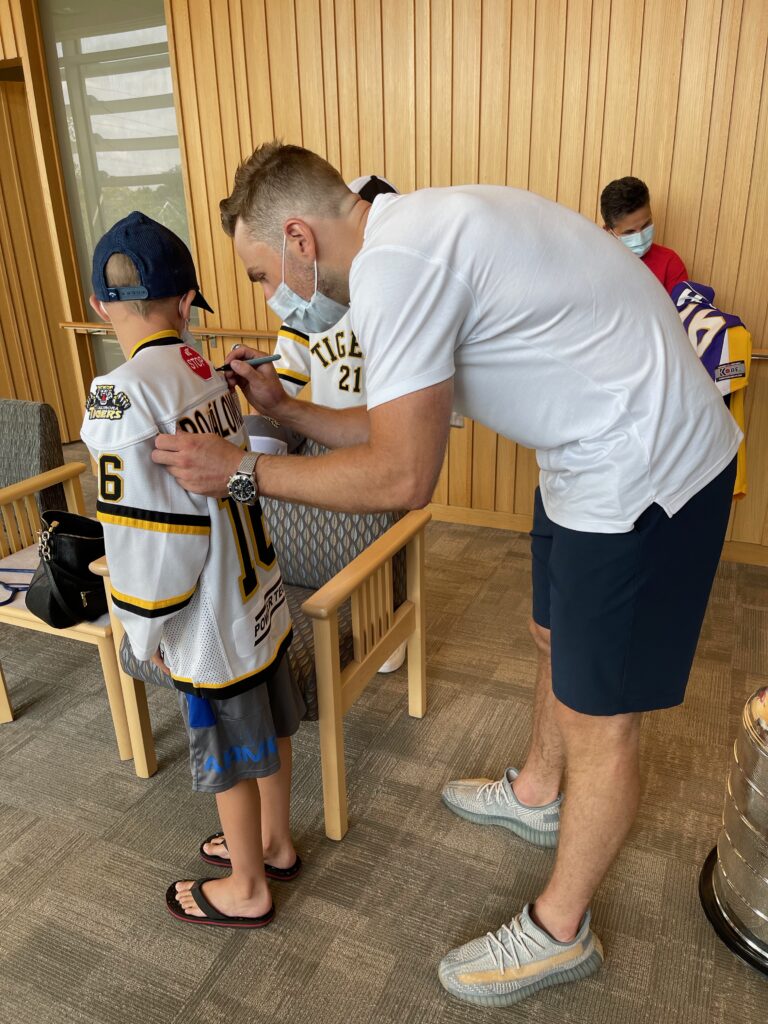 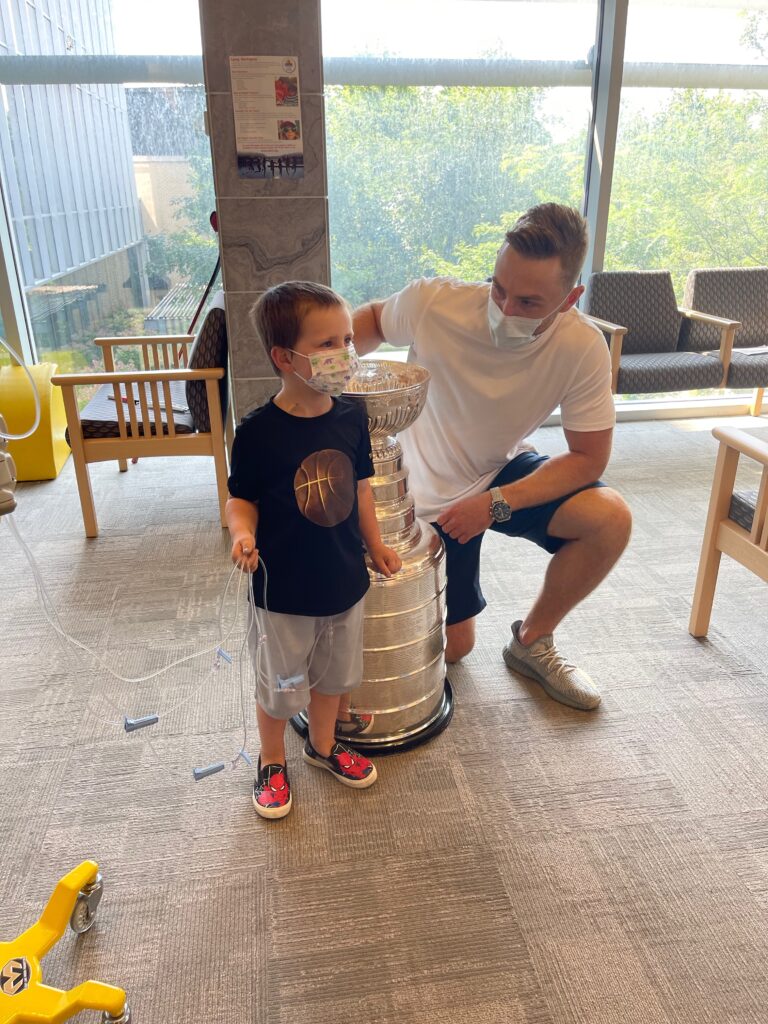 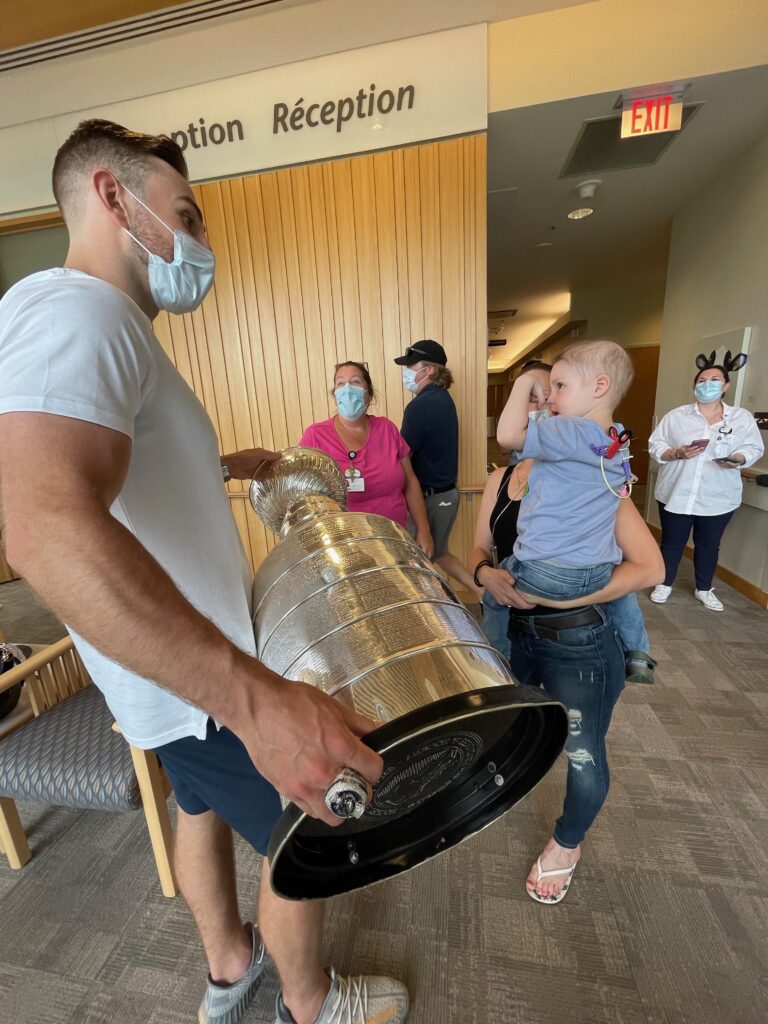 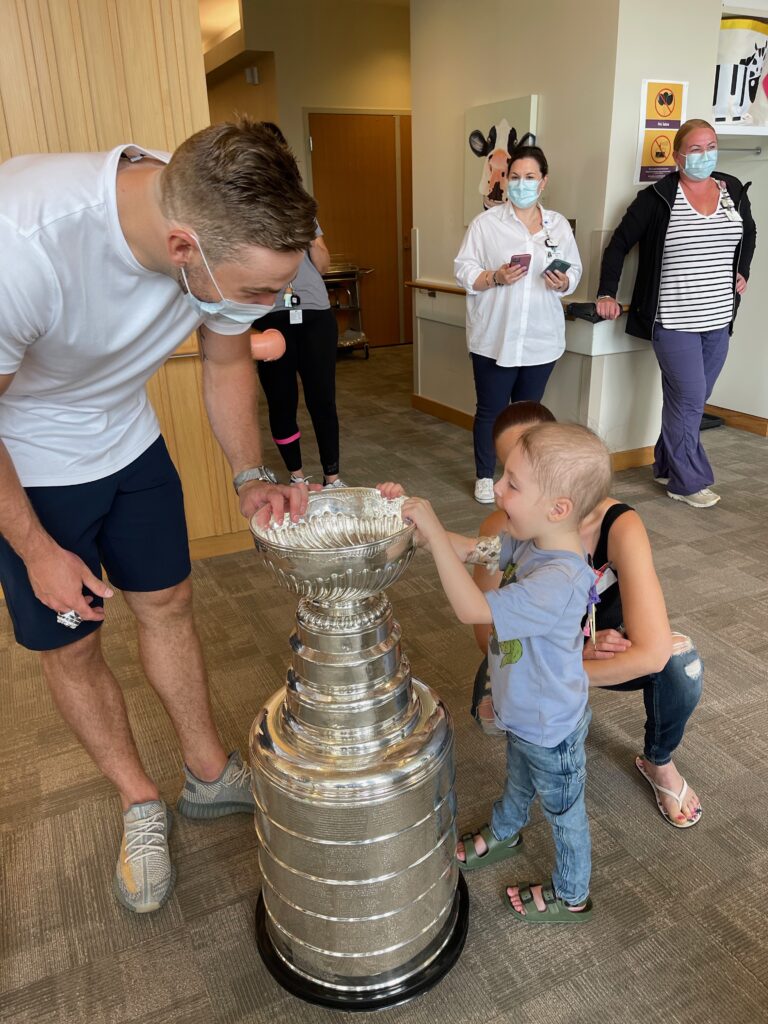 Don't let the masks fool you, our Southlake Family Department’s Facilities Operations and ICT got ...

RT @SLCommunityOHT: We are pleased to announce our booster clinic this Thursday Jan. 13 and ...

The next Southlake 50/50 raffle starts TODAY! Be sure to purchase tickets before Monday, January ...