Heroes come in all shapes and sizes. Some wear costumes, and others wear scrubs or even a hockey jersey – like nine-year-old Lawrence Rudolph.

You may remember Lawrence, in 2018, he got to ring the bell that signaled his last chemotherapy treatment. At the time, he was four years old and beat his three-and-a-half battle with leukemia.

As he was undergoing his final chemotherapy treatment at Southlake, in walked Lawrence’s favourite superhero…Batman!

He praised Lawrence for his bravery, gave him superhero training and awarded him a special tattoo for strength – but we already knew that he had super strength all along.

It is a memory that Lawrence and his family treasure. He lives in Barrie with his father Matthew, mother Samantha and younger siblings Charlie, seven and Willow, four.

“I was pregnant with Willow at the time, but she feels like she was there when Lawrence met Batman because we relive that moment often by watching it on video,” says Samantha Rudolph.

Lawrence has a forever bond with Batman. However, as he’s grown, he has become engrossed in fighting his battles on the rink- playing ball hockey. Now healthy and energetic, he enjoys playing goalie for his team – The Phantoms. His team recently the league championship. His father proudly coaches the team, while Samantha sometimes worries about Lawrence and hopes he might change his mind about being a goalie. But Lawrence is steadfast in continuing to defend his team in front of the net. 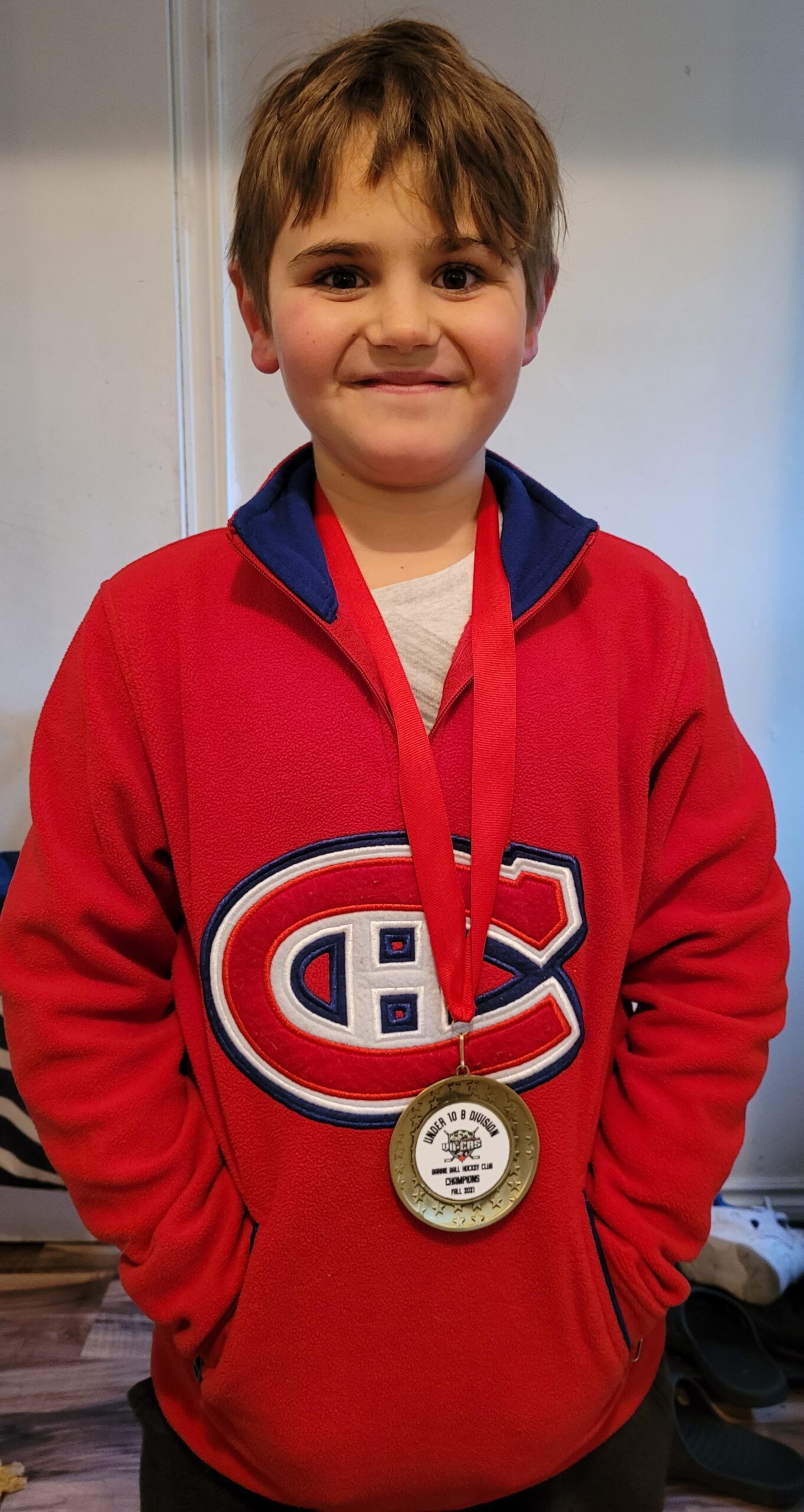 He is not only decisive in reaching his goals, but he is also bright and friendly. He enjoys playing with his siblings, learning at school and also painting on canvass. “We have enough paintings for everyone at Southlake to receive an ‘original Lawrence,’” Samantha jokes.

Lawrence’s cancer journey actually began when he was nineteen months old. He woke up one morning, took two steps, fell down, and wouldn’t get back up. He wasn’t in pain, but he seemed to have no energy at all. Samantha and Matthew took Lawrence to their local clinic, but nothing appeared to be wrong with him.

After not walking for another two days, his parents took him to the Emergency Department. He was sent for a number of diagnostic tests that all appeared normal. Lawrence’s blood work, however, told a different story. His cell count was way off and he was hooked up to an IV right away. Half an hour later, he was being transferred by ambulance to a specialized paediatric hospital followed by a regime of cancer treatment at Southlake.

Lawrence was happy going to Southlake and never scared to receive treatment at the Stronach Cancer Care Centre. “He was comfortable,” says Samantha. “The volunteers, staff, nurses and doctors made him feel at home. Our Southlake family showed us warmth and compassion. They’ve been alongside us every step of the way, and we are deeply grateful for their care and support.”

Receiving medical care close to home at Southlake made a world of difference to the Rudolph family. Going downtown for an 8 am appointment would mean they would have to leave by 5 am. With small children, this was a hectic and stressful experience that would take all day. Instead, Lawrence was often in and out of his treatment. As a result, his family could continue doing what most families usually do – out of the hospital.

The Stronach Regional Cancer Centre at Southlake represents the regionally designated program for the Central Regional Cancer Program and is ranked one of the top performing regional cancer programs by Ontario Health. So you know you are getting high quality, compassionate care close to home.

“It’s hard to express how grateful we are to have a healthy child again – just as we are thankful to know that world-class health care will always be here for us whenever we need it, says Samantha. “Southlake donors play a vital role in making that possible by funding urgent needs across all departments of the hospital.”

Gifts from donors make it possible to purchase new and replacement equipment. Samantha says that when the Southlake Family had all the tools they need to do their job – patients like Lawrence receive the best possible care.

It can sometimes be busy these days rallying three kids. However, Samantha says, “Her family is grateful and will never be able to repay the Southlake Family for all the good they’ve done for them now each day.” Lawrence is looking forward to playing hockey at his local neighbourhood ice rink this winter.

Congrats to #SouthlakeChampion Atticus, today he rang the @YRP Be A Hero Bell at Southlake’s ...

RT @CUFCanada: We are so grateful the staff at @SouthlakeRHC for their incredible generosity and ...

RT @SouthlakeRHC: Southlake has donated a truckload of medical equipment/supplies to support Ukraine through a ...