Ring in the season of giving

Donors help patients like Atticus get the leading edge care they need, close to home

Evelyn D’Orazio is grateful to be gearing up for another holiday season with her six-year-old son Atticus, thanks to Southlake Regional Health Centre. Last May, Atticus rang Southlake’s Be a Hero bell three times to mark the end of his treatment ꟷ “the third ring was the loudest,” Atticus said proudly at the time.

Atticus was diagnosed with Acute Lymphoblastic Leukemia – a blood cancer – in February 2019. He’s been through a lot in three and a half years, and his team at Southlake’s Paediatric Oncology Clinic has been by his side every step. Southlake clinicians and staff saves countless patients’ lives every year close to home. Giving Tuesday is your chance to help us continue to do just that.

When Atticus rang the bell, his paediatric oncology nurses were there to watch him ring the bell, along with many other members of his incredible care team who helped save his life.

“Tears of joy and gratitude sprang to my eyes when the bell rang,” said Evelyn. “My husband Clem and I are so grateful. We want to bring awareness to the exceptional and compassionate care Atticus received at Southlake. We don’t know what we would have done if we needed to travel downtown. It’s much less stressful to come here instead of having to commute long distances to receive the care he needed.”

Evelyn and her husband, Clem, are so appreciative of the care Atticus received during his treatment that they formed a golf tournament in his name to fundraise for Southlake. In 2021, the Atticus Annual Golf Tournament raised just over $16,000; according to Evelyn, the family will continue with the annual fundraiser for as long as possible.

In the spirit of the giving season, Evelyn, Clem, Atticus and their three-year-old daughter Xena volunteered to share their family story for Southlake Foundation’s Giving Tuesday Campaign.

“Southlake has done so much for our family and we want to give back,” said Clem. “The truth is, Southlake counts on your support more than you may know. Government funding only covers a portion of what they need to provide the exceptional care that our community deserves. Southlake counts on donors to give kids like our Atticus the most advanced treatments and very best care, which is only possible with the most advanced tools. They need our help to give help.”

“Atticus is a superhero. He is so strong and inspires us. We are so proud of him for completing his treatment so bravely, and we’re really excited that we can now just focus on being a kid,” continues Evelyn. 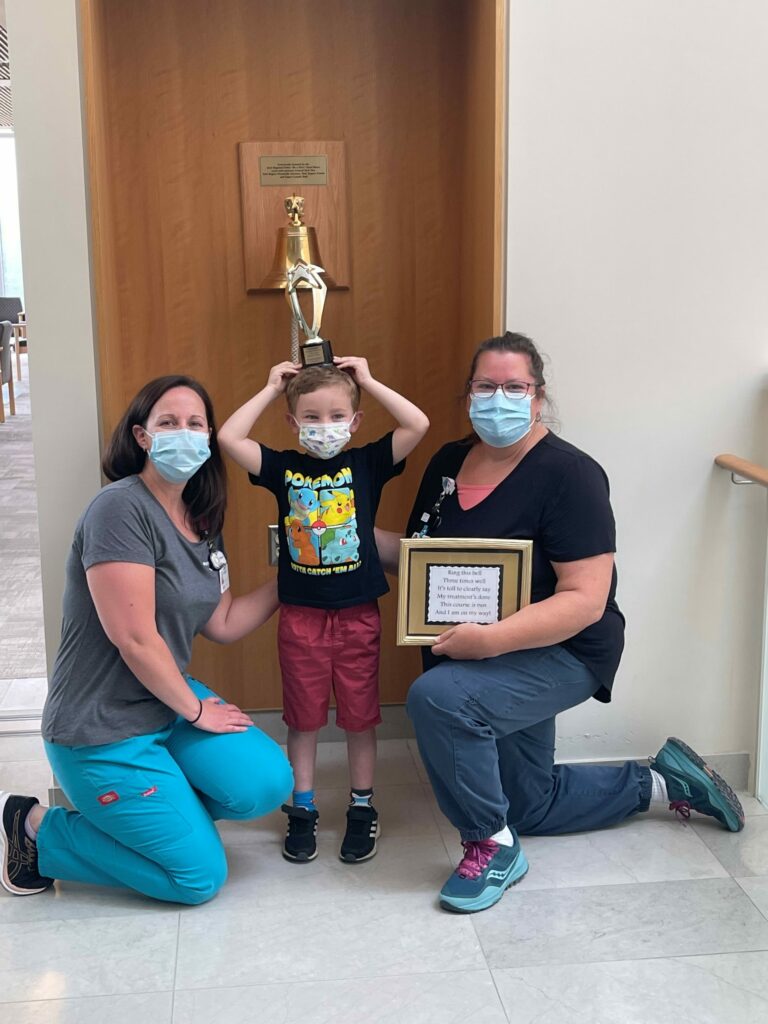 Atticus with his paediatric oncology nurses ringing the Be a Hero bell to mark the end if his cancer treatment.

Thanks for your kind words, @daniaemsmom. It wouldn't be possible without our dedicated team of ...

RT @SouthlakeFndn: The Jackpot is over $17K! 🎁 Purchase tickets before midnight tonight for your ...

The Jackpot is over $17K! 🎁 Purchase tickets before midnight tonight for your chance to ...